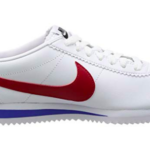 The Nike Classic Cortez is an iconic Nike running footwear that Nike first released in 1972. The shoe has been the centre of attention for years, even before Air Max and Air Jordan were released.

The Cortez was once called the best running shoe ever. Over the years, Nike Cortez has been featured in many movies and TV series and endorsed by many great athletes, pop stars and singers. There have been many releases of the kicks which are available in many colourways.

Previous
Next
Buy On: NIke Store
Buy On: Amazon
Buy On: Zappos
Features
Must Know

After spending several hours finding out the positive and negative opinions on the shoe, the following are the summary of what users and sneaker enthusiasts think.

In this video, the reviewer shows how the Nike Classic Cortez looks on feet while talking about it.

Nike Classic Cortez is available in men and women sizes. Kids sizes are also available in both online and offline stores. The shoe features a traditional lacing system which enables fit customisation. The fit of the shoe is narrow, according to some wearers with bigger feet. So, it’s recommended by a significant number of those wearers to go at least half a size up when ordering online. Many users with narrow feet testified that the kick fits true to size.

For people with the normal fit but still want a bit of room while wearing the shoe, half a size up will do.

The Nike Classic Cortez has been speaking for itself in the pop culture and on the street for decades. It was introduced to the music world in its early released and has been featured in many movies and TV series such as Seinfeld, Forrest Gump, Charlie’s Angels, and so on. There have been many collaborations that had led to the release of the Cortez in different styles and colourways, so you don’t have to search too hard to find the one that suits your style. Just like other classic footgear, like the Adidas Stan Smith, Adidas Superstar and Converse Chuck Taylors, the Nike Cortez is now considered by many loyal fans as an iconic and a timeless kick that goes well with almost any dress.

Men can style the kick with Jeans, trousers, chinos, shorts and joggers that go with button-down shirts, short shirts and hoodies.

Women can choose to style the shoe with jeans, shorts and skirts that go with hoodies, slim-fit shirts and tank tops.

There are a variety of Nike Cortez colourways out there for an individual style and fit.

The upper of the Nike Cortez is made of different materials, but the well-known one is leather. Many of the Cortez sneakers feature leather overlays which reinforce and increase the structural integrity on the upper. The shoe comes with the conventional lacing system to ease fit customisation. Nike Cortez features the NIKE branding on the tongue and heel tab – this kind of makes the kick look better and more stylish. When wearing the shoe, a wearer can use the heel tab construction at the rear for easy slip-on. Nike swoosh logo is on both sides of the upper.

Another thing to know is, the upper was constructed to be more aerodynamic, sticking to its root. The construction will not only reduce drag but also boost your performance. It will increase swift movement and change of pace.

The Nike Cortez features a lightweight foam midsole. The midsole provides the wearers lightweight cushioning which offers the support and comfort they need beneath their foot sole. It also helps in absorbing shock from every step on the road. The profile of the shoe may not be specifically for supporting the arch, but many loyal fans voiced out that it offers moderate arch support.

All the new models of Nike Cortez outsoles still stick to the original design. The outsole features a fish-like bone pattern which is known as a herringbone pattern. The Herringbone construction on the outsole makes sure the shoe has a secure grip on most platforms. It provides durable traction and ensures wearers have stable support.

A Brief History of Nike Cortez

Air Max, Air Jordan, Air Force 1, Cortez are among the all-time favourite lines of Nike shoes that have gained the public spotlight for decades. The Nike Cortez is now a 47 years old running-inspired footwear.

Bill Bowerman was a track and field coach who is also a co-founder of Nike. In 1966, he worked with Onitsuka Tiger, the Japanese footwear company to design a running-inspired shoe that checked all the boxes of everything athletes need in a running shoe. Bill focused on designing the upper to be more aerodynamic which in return will reduce drag and boost running speed and swift movement. Other details he considered are the continuous foam midsole and the herringbone pattern on the outsole. The shoe was named Onitsuka TG-24 at that period.

Before Bill and his partner, Phil Knight, founded Nike Inc, they usually imported performance-ready shoes from Japan to the US under their Blue Ribbon Sports (BRS) company which was opened in 1964. In 1966, Bowerman ordered 300 pairs of the shoe which sold out quickly. 1967 was the year preceding the Olympic games year which would be held in Mexico. So, to make the shoe more market-friendly, the legendary track and field coach changed the name of the shoe to “Mexico”.

The shoe became very popular among athletes as the 1968 Olympic games in Mexico approached. As a result, Onitsuka Tiger and BRS decided to name the shoe Aztec to pay homage to the Mexican lineage and Aztec empire. However, the name did not last long as Adidas already name one of their newly released shoes Adidas Azteca Gold which was proved too close to the name Aztec. Bowerman and his team had no option than to go in search of a new name. The shoe was later named after Hernan Cortes, the Spanish Conquistador who led a team to defeat the Aztec empire in the early 16th century. BRS chose the name Cortez and TG-24 Cortez became the best-selling running shoe. The shoe also functioned beyond running. It became a popular shoe for jogging, lifestyle and casual running.

On the 30th of May, 1971, Bill Bowerman and Phil Knight changed their company’s name to Nike Inc to launch their line of shoes. At that time, Nike Cortez was born. And Nike relationship with Onitsuka Tiger was coming to an end. The two brands fought over who would own the right to the “Cortez” name. After a year-long battle, a court finally ruled in favour of Nike in 1974. The decision led Onitsuka Tiger to rebrand the shoe and named it “Tiger Corsair”. By the way, Tiger Corsair is still a popular shoe till today.

Over the years Nike Cortez has evolved into a lighter and better shoe for athletes and non-athletes. In 1973, Nike released the Nike Leather Cortez featuring the Swoosh logo on its side. To develop the lightest running shoe, the Nike team developed lightweight nylon construction on the upper instead of leather in 1975. The Nike Nylon Cortez was released in classic white and blue colourways. Nike Senorita Cortez was a women version of the footwear which was released in 1976. It was worn by the Actress Farrah Fawcett in the TV show, Charlie’s Angel. After she was seen by fans wearing the shoe in the “Consenting Adults” episode, the Senorita Cortez sale quickly went uphill.

As one of Nike collaborators, Sir Elton John boosted the popularity of the Nike Cortez by introducing it to the music world in one of his concerts in 1980. The shoe was also a favourite kick for many break-dancers in the 80s. The Cortez was also featured in the movie Forrest Gump as a gift to the man himself (Forrest Gump) from his soul mate Jennie. Another movie in which the shoe is featured is the tv series, Seinfeld. The shoe was part of George Costanza uniform.

Nike Cortez is an iconic timeless shoe that many loyal fans still want to be part of their collection. According to many fans, the comfort, style, and durability of the shoe are what make it more desirable than many modern casual shoes. The shoe goes with almost any outfit, and it’s very affordable. There are many wearers that not only used the shoe for casual running and jogging but also any training and street-style. The shoe is versatile and there are many colourways to choose.

Hope this review has been helpful and useful. Please don't forget to leave a comment and your rating.

Thanks so much for your in depth review of the Nike Cortez, I have to take my teenage son to get a new pair of shoes this evening. He always insists on buying the Nike brand for its comfort and durability. The problem is there are so many styles to choose from; it’s difficult to know which one will be tough enough to withstand the abuse they will no doubt go through.

My son is incredibly athletic and plays several sports just for fun but competes in soccer. In your opinion, will the Nike Cortez be a good match for a kid who is this active? Thanks so much for your input and expertise!

If your son want to use the Cortez just for casual training, yes he can get the shoe because of its performance ability. For a professional training, the Cortez might have been a perfect shoe in the 70s and 80. Nowadays, there are modern shoe design for specific type of training, like running (Adidas Ultraboost), footballing, walking (Skechers GoWalk), weightlifting it is.

I guess he’s not doing any professional training. So, the Cortez is a good casual shoe for him. It’s an all-around shoe.

My son is not ‘professionally’ training as he is just 14 and in his first year of high school. It is his dream to play professional soccer one day though and he pushes himself very hard. Shoes are just one of the casualties of his quest lol.

We did end up buying Nike, as I knew would be the case, but he did not choose the Cortez. He decided to go with a style that had a thicker sole and tread. Thanks so much for your insight!

Thanks for getting back Shannon. Very appreciated.
Do you mind telling the name of the one he bought? It will be quite helpful.
Thanks.

Thanks for the introduction to another Nike product. From the first time I purchased my Nike, it has been this brand all the way for me. Comfort and durability are key for me and the fit is like no other. I like this classic, though not the white. I would go for the black and white. Checking it out right now. Thanks for the article.

You’re welcome JJ. There are many colourways of the Nike Cortez. I’m sure you will find the one you like

Hello Stephen… Thanks for sharing this review on Nike Classic Cortez with the pros and cons.

😄 It’s quite interesting to know that this shoe was first produced a very long time ago even before I was born. Lol.

The pros outweigh the cons. I like it; Considering the fact that it is loved by many and recommended by many reviewers too.

Yes, Barry. It’s an old shoe but timeless. These ones are the retro versions of the original. They are still desired by many fans and celebrities today.