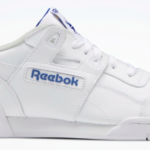 Reebok Workout Plus is a very famous shoe because of its performance. It is suitable for workouts, exercises, aerobics and body-building. It has shock absorption technology that is very beneficial for fitness enthusiasts and trainers.

Workout Plus was first introduced in the year 1987. In the past 31 years, Rebook has launched many styles and designs of this shoe to attract customers and give something new to the fans. It has always been in the market since its initial launch to serve fitness enthusiasts.

This shoe is specially made for the workout, and you can do exercise while wearing these. It is very comfortable during the training and takes care of your heel as well. If you don’t wear proper workout shoes, then you can injure your heel or ankle during an extreme workout session. But Reebok Workout Plus has a shock-absorbing capability that protects you from injuries. It has enough padding and ankle support to provide you comfort during workout. It is ideal and the first choice of many fitness experts.

Previous
Next
Buy On: Amazon
Buy On: Zappos
Buy On: Endclothing
Features
Must Know

Reebok Workout Plus has been very famous since its launch. We have researched for a few hours. We went through the reviews of customers, users and experts to collect the overall thought. For your ease, we are summarising our research into Positive and Negative thoughts.

Reebok Workout Plus is available for men and women. Everyone can use it for training and workout. The shoe appears to be a bit large due to its maximalist design, but it is not that large. A few customers have complained about its small size. We recommend taking the exact size, but if you have wide feet, then you can go for one size up while buying online. It has lace closure, so you can quickly tighten or loosen it according to your comfort. The design of the shoe is low-cut. Thus, it allows your feet to move.

Reebok Workout Plus is a workout sneaker, but it looks appealing with casual dressing as well. There are many colourways available. Men and women can choose their desired colour. White colour is the favourite of most users, and Reebok Workout Plus was also launched in black. You can use these shoes whenever you go out for walking, jogging, yoga, aerobics and some other fitness activities. You can wear them with joggers, jeans and tracksuit.

It has an appealing design made with different pieces of leather. There is a logo on both sides and the midsole as well. Its simple design looks attractive and appealing.

The upper of the shoe is made of leather material. There are some perforations at the front that look nice and help in breathing as well. Your feet will remain dry and cool. Leather pieces are joined together with durable stitching. The Reebok special H strap provides added stability due to which your midfoot rest at the perfect place with excellent fit.

There can be a little bit creasing at the front, which becomes visible as well. But, other than that the upper of the shoe is perfect.

The Reebok Workout Plus midsole is made of EVA, which makes it incredibly comfortable. EVA is ethyl vinyl acetate which is a synthetic material just like foam. The midsole of the shoe is usually made of this material. There are two variants of EVA, one is soft, and the other one is a little bit stiffer. The soft one can absorb shocks during the workout and protect you from injuries. The stiffer one also helps in different injuries. Now, EVA is used in many shoes to ensure comfort and durability. It is just like foam that can also serve as cushioning. Moreover, there is extra cushioning in the midsole of the shoe to provide comfort to the users.

The outsole of the shoe is made of rubber. There is a Reebok logo and patterns on it for excellent grip and slip resistance. This is a durable outsole that will not wear soon. It also protects the midsole cushioning. Even if you wear it daily, it will last for several years.

A Brief History of Reebok Workout Plus

Reebok has been making shoes for almost fifty years. The company has always considered fitness as a priority. The first aerobic shoes for women were also designed by Reebok; this shows the company’s motto, vision and mission.

Reebok Workout Plus was introduced in 1987 as a workout shoe for fitness enthusiasts. People still prefer it as one of the best shoes for gym, workout, aerobics and some other activities. It was first available in white, just like conventional athletic shoes. From its launch; it is serving the market. The company tries to make new designs and styles for the fans to keep them tied with the shoe. In 2011, Reebok launched a unique vintage style which became popular in the market. After that, in 2012, Reebok launched a new design on the 25th anniversary of the shoe. Almost every year, Reebok is trying to provide something new to the users. You will see new collections and styles twice a year. We hope there will be more styles in the future as well.

Reebok Workout Plus has been in the market for nearly 31 years. It is one of the best workout shoes till now due to its comfortability, durability and simple design. The EVA midsole and extra cushioning provide you with a comfortable and pain-free workout session. It is available for men and women in a few colourways. Reebok also launches limited edition every year, but you cannot get them with ease after a few months. Get these workout shoes to bang your workout session and achieve your fitness goals.

What do you think about the Reebok Workout Plus? Leave a comment and provide a rating with the rating scale just before the comment section. 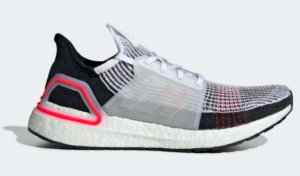 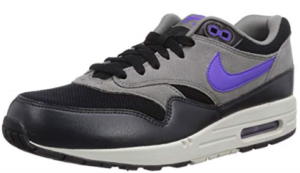 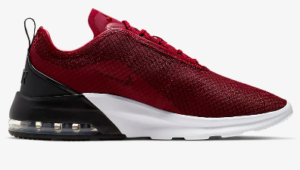 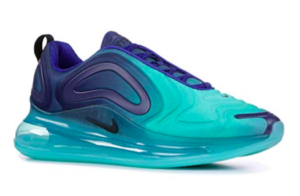 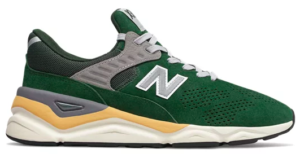 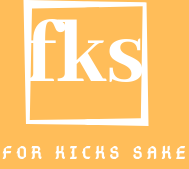