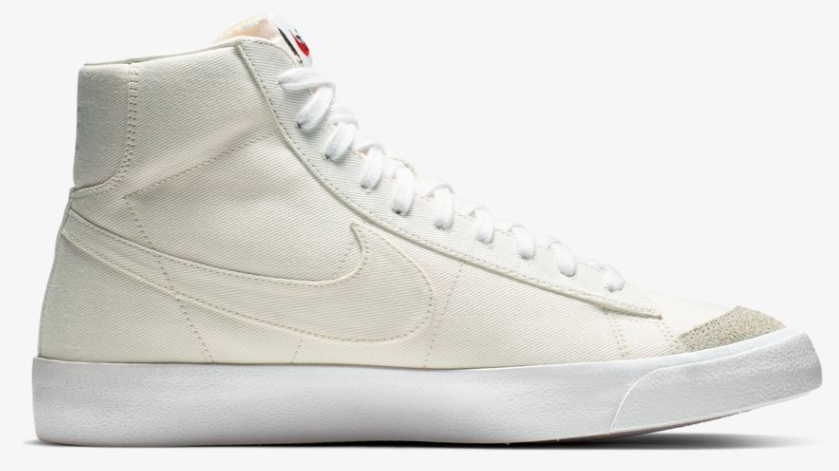 Few iterations of the Nike Blazer Mid ’77 were released early this year. Among those iterations are the “Lucid Green” and “Habanero Red” colourways. The kicks are throwbacks to the ’70s and ’80s. They capture the retro look of the basketball shoes during that period.

As an addition to the earlier releases Nike has just dropped new colourways: Black Canvas, Pink Foam, and the Sail.

Just like the two other colourways, the Blazer Mid ’77 Sail comes with traditional lacing system and features the Nike logo on the tongue. The logo is also located on the sides, but with a colour that matches the canvas upper.  Unlike the Sail Canvas upper colour, the lace appears to be clean white.

Apart from the fact that these new releases feature canvas upper, two of the features you would also find very common between them are the “Blazer 1977” words printed on the heel and the clean white midsole.

More information regarding release date and where to buy are provided below.

Click on the affiliate link (Place to Buy: Nike.com) provided above if you would like to buy it.