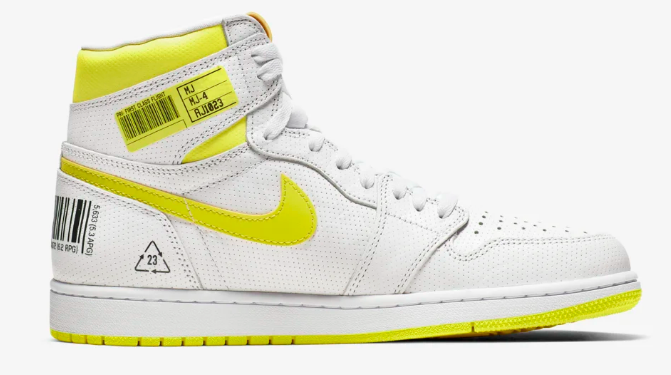 After Michael Jordan was spotted wearing the original Air Jordan 1 during his championship game in 1985, the shoe quickly became popular on and off the courts. Many retro versions of the kicks have been released with different colourways since the released of the original version.

Air Jordan sneakers are known for their stylish appearance outside basketball courts. Air Jordan 1 Retro is one of them.

The heel side shows a barcode and, a safety alert is displayed on the lateral side of the heel. On the collar is a boarding pass style barcode embellishment which pays homage to air travel. The yellow underlay boasts Michael Jordan’s full signature.

You can expect the kick to drop on the date below.